Diversity in Africa; Culture and Languages 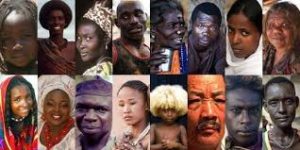 Africa comes second to the Asian continent when it comes to the biggest number of languages! Apparently while Asia has more than 2000, Africa on the other hand is estimated to have over 1000 languages.

Even with all the indigenous languages Africa is blessed with, there are those specific ones that though are currently incorporated within the system, they actually have foreign origins due to various factors that took place in the past.

The diversity including languages

Yes, it is a blessing to have all these languages because they represent the diversity found on the African continent. The diversity is very broad and languages are just part of it all.

Diversity includes the people themselves and we see several shades of black on the black continent; whereas some Africans have rich black skin tones like the Dinka from South Sudanese, certain people in Cameroon there are those with very light skin tones like Sudanese, Fulani of Nigeria, Koi San of South Africa and many more falling in the middle.

Food,  glorious food. There is a rich food culture on the African continent that is filled with plenty of fresh foods especially in the tropical areas. For example Nigeria and Ghana are famous for the legendry Jollof rice which is as spicy as it is colourful. In fact it is joked that foreigners testing Western African food are advised to have a glass of water with them; because of the spicy nature of the food there. Then Ethiopia in the Eastern part of Africa is renowned for its delicacy the Kitfo involving raw ox meat usually eaten during Easter celebrations.

There is the significant aspect of dress code characterized by diversity and uniqueness for example in central Uganda, the Baganda have an elaborate Gomesi that covers the entire body and tied with a sash called Ekitambaala while their counterparts  the Karimojong in the North East of the country especially the men only cover their privates.

When it comes to languages though one country may have 50 and more languages including both indigenous and foreign ones! As this helps people identify themselves, communication with others of different languages is inevitable especially due to business, intermarriages, education, travel and more because of the global village effect.

Languages in Africa are classified into Afro-Asiatic that are about 200 in Northern Africa, the horn of Africa and Central Sahara, Nilo-Saharan about 140 in Central and Eastern Africa, Niger-Saharian spoken in Central, Southern and Eastern parts of Africa that are about 1000 in number and finally the Khoisan in Western parts of Southern Africa. Some of the common languages include;

Contact us today for a free quote by filling in the quote form or simply email us at office@translate4africa.com.

Did you find apk for android? You can find new Free Android Games and apps.
By Andrew Ojangole || Sep 12, 2017